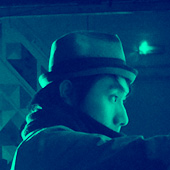 Comic, and art fans alike should start getting excited about the release of Liquid City, in November. A showcase of some of the best and emerging talents from Singapore, Malaysia, the Philippines, Thailand, Vietnam and more. Already familiar with the American comics, the Japanese manga, (and breaking through in recent years), the Korean manhwa?… this collection of work will expose you to the Southeast Asian comic / art scene.

Our good friend Kuanth (who we interviewed recently) also features with a short comic piece, thanks to him for this link.